Welcome to my photographic timeline! I got infected with the photographic bug sometime in the beginning of the current millennium. On Zacekfoto.ee website you can browse through the results of that progressive infection that is photoraphy. 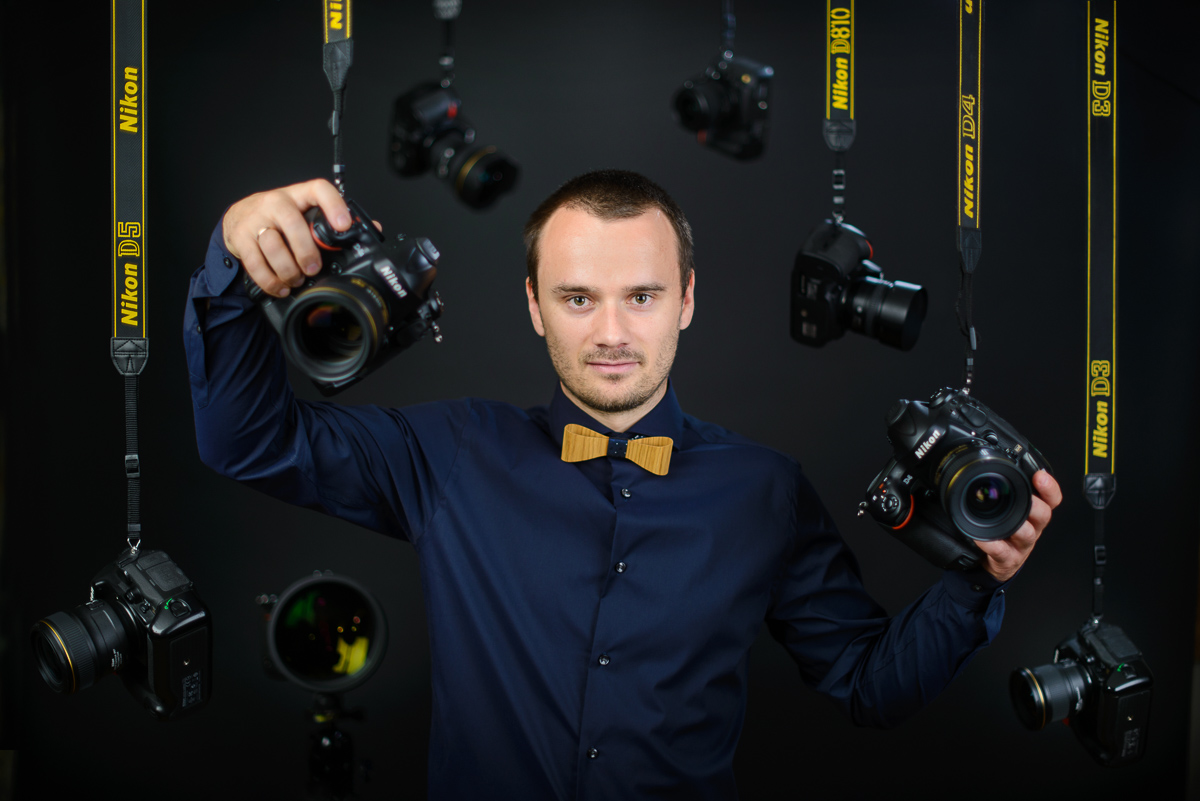 There is no good word to describe a person who is interested in practically all types of photography. Maybe I should invent one. Due to the layout of my previous website, most people know me only as a nature photographer. Assignments to work outside of the nature photography genre usually start with a sentence: “I am a fan of your nature photos, but do you also shoot insert-your-type-of-photography here?” Actually I like taking pictures of almost everything and during the eleven years I have been a professional photographer I have been involved in many amazing photography projects. This new website opens a door that was so far accessible only to my clients. Now the time has come to let others take a peek as well.

Have a nice journey on my photographic timeline!

Eighties and nineties – my contact with photography is limited to pressing the shutter on my father’s Zenith and later a Canon compact whenever he wanted to be in the picture. I did get a glimpse of life in a darkroom, but back then I was more fascinated by the magical red light then the sight of an image appearing on paper.

2003 – By inheriting a fully functioning Zenith camera and lenses after my grandfather passed on and loaning a Canon film SLR for my first trip abroad, I lit a match which started the photographic fire in my heart. The first flame started by that match was strong enough to make me buy my first digital camera – the Sony DSC-F717.

The love for a digital compact camera was short lived, because soon enough I realized that it would not enable me to take the photos I had visioned in my mind. I was not totally in control of the outcome and that was unacceptable to me. That meant that my Sony camera had to find a new owner and my photobag welcomed my first DSLR: a used Canon EOS D60. Believe it or not, it had as many as three autofocus points! I needed a telephoto lens to accompany my new camera and I found a Sigma 300mm F4 HSM lens from Ebay at a rather sweet price. That combination allowed me to take my first steps in wildlife photography.

Anyone who knows a thing or two about technology, recalls that back then digital camera prices were absurd in Estonia and in Europe in general, while in a larger American market, the prices were much more affordable. For example if you bought a new Sony camera from America and sold it as used in Estonia you could make a nice profit that you could put towards buying a higher end camera from America.

2005 – The year of rational calculation

Even though I was completely taken by the love of nature photography, my courses in higher mathematics one, two, three and probably also four, enabled me to make a simple and practical calculation and count how many springs do I have left to climb trees in order to take photographs. To my surprise the answer was a really small number. So I stopped my studies of Economic Modelling, even though I had passed my final exams, written a part of my Bachelor’s dissertation and taken up a job in the financial department of Estonian Agricultural Registers and Information Board in order to have some experience after graduating. What made me do all that? I determined that springs are more valuable. I became a freelance photographer.

Okay then! There was no better way to welcome a new spring than to exchange my slow, low resolution, two generations old camera for a newer model. Again, I got some valuable help from a friend on the other side of the pond who sent me a used Canon 20D. To accompany a new camera I had bought a new lens as well, at least it was new for me, while coming again from the used gear department, it was my first lens with Image Stabilization technology, the Canon 300mm F4 IS telephoto lens.

The photo called “Barn Swallow” brought me my first overall prize in a photo competions called Wildlife Photo 2005. Furthermore a photo of a wolf came in third and a photo of a roe deer buck was highly commended.

The spring of 2005 became a photographic frenzy. During that time a created photos of a lot of species that hadn’t been well documented back then like wolves, otters, kingfishers, penduline tits, three-toed woodpeckers and many others. Even after a seemingly successful year I was greeted by a rather shocking experience in the end of it. In order to find a broader market for my images I contacted a stock agency in Great Britain, but reicived not the best of feedbacks. They said that my images were suitable in their style, composition and subject matter, but the digital quality was below the par they had set in terms of resolution. That meant that the six and eight megapixel cameras I had used for my images did not produce files large enough needed for the stock agency. The next step in equipment meant an unreal tenfold increase in price. Back then, in the beginning of the digital photographic age the line up was not as complete as now. Basically there were only high end professional cameras and then two entry level cameras available. I was able to buy a used Canon 20D camera for around 1000 USD, but the next model was the Canon 1Ds MarkII for which you had to fork out a mystical amount of 10000 USD. That amount was from another league back then. But a part of being a freelancer is the need to taking some risks and so I came to a decision to keep a close eye on the photographic buy and sell equipment forums in the hope of picking up a used Canon 1Ds MarkII for a “reasonable” price. As before, I got help from a friend and in November my first full frame digital camera landed in my backpack. The new camera was different in every way. The experience of holding it in my hand was something that was impossible to even image beforehand. For the first time I felt that a camera can be more than just an instrument of taking photos, instead it was a companion, something that was with me with fighting for the same goals.

With the world’s best equipment in my hands, my photographic infection started spreading to other categories. At first to other nature photography categories and my archives started filling up with landscape, aerial, plant and macro photos. Outside of nature photography emerged an interest towards reportage photography. In addition to that I had a first couple of goes as a wedding photographer at my friends’ weddings. That was an unbelievable responsibility. So far I had only taken pictures for myself, but now I had a central role in someone else’s most important day of their life. I was able to grasp the importance of a wedding day perfectly, because I got married myself in 2005. For the first time I had to get the photos, there was no going back on the next day and trying again. Luckily I did a very good job in a stressful situation.

Being a freelancer for a year and a half accumulated enough content to publish my first book “Meeting Wildlife”.

Photo “Over the Sun” wins the people’s favourite award in the Nature Photo of the Year 2006 competition.

The unveiling of the first issue of LoFo takes place in Kõrvemaa Hike and Ski resort with an outdoor exhibition of the whole magazine.

Together with two friends I embark on my first photographic trip abroad and it takes us to Northern Norway. I had taken pictures before while travelling, but now I was travelling with the objective of taking pictures and there is a huge difference.

My second book “Flight of Colours” is published inspired by bird photography. 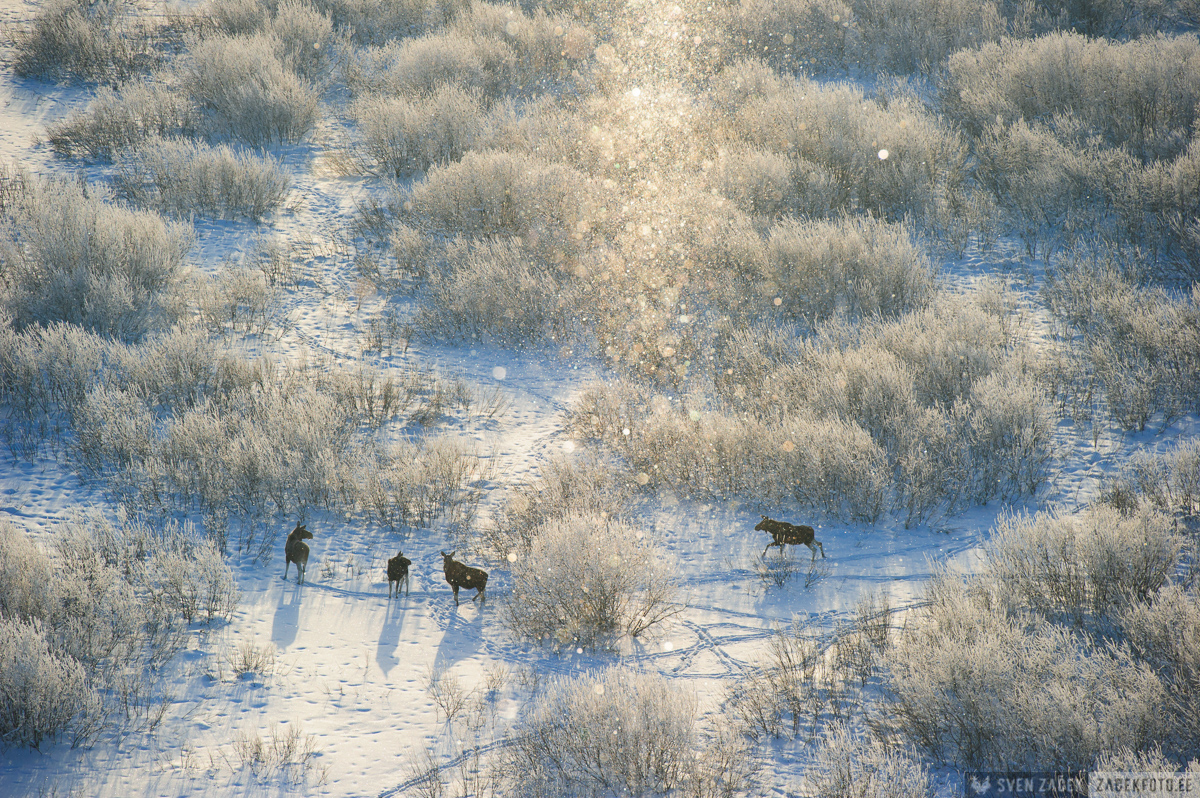 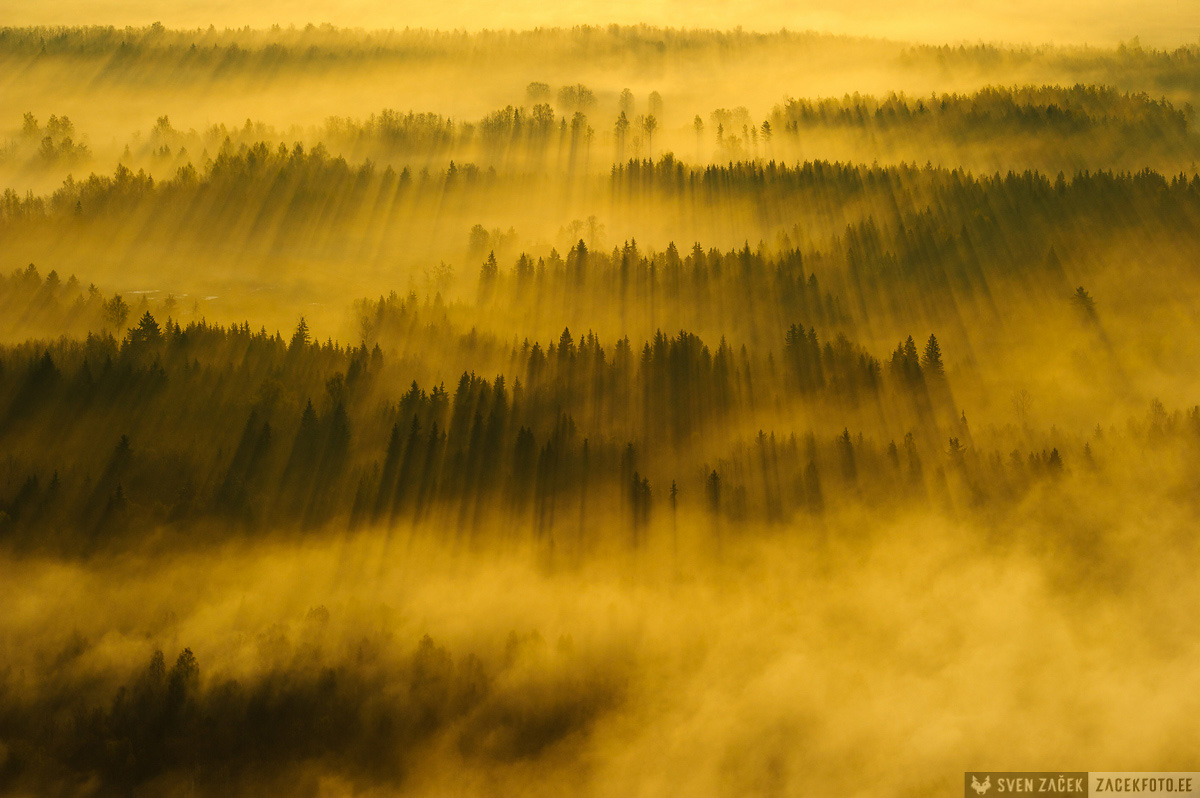 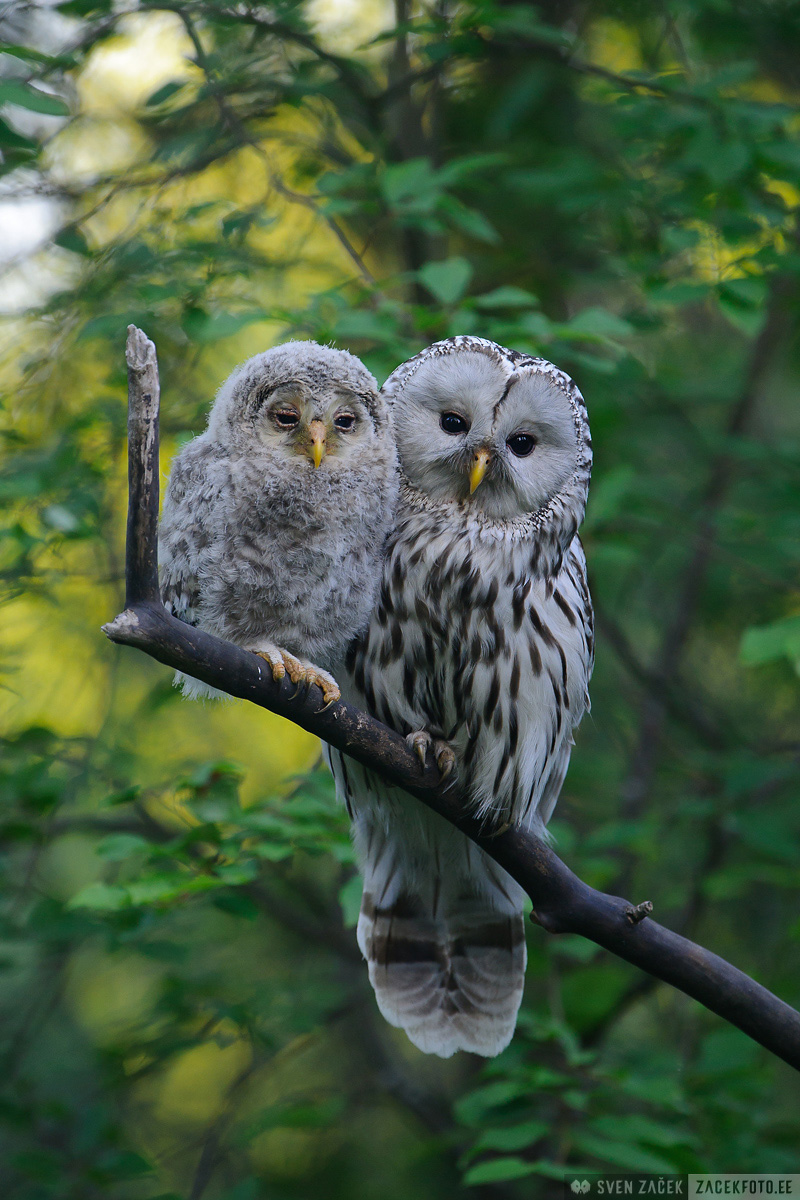 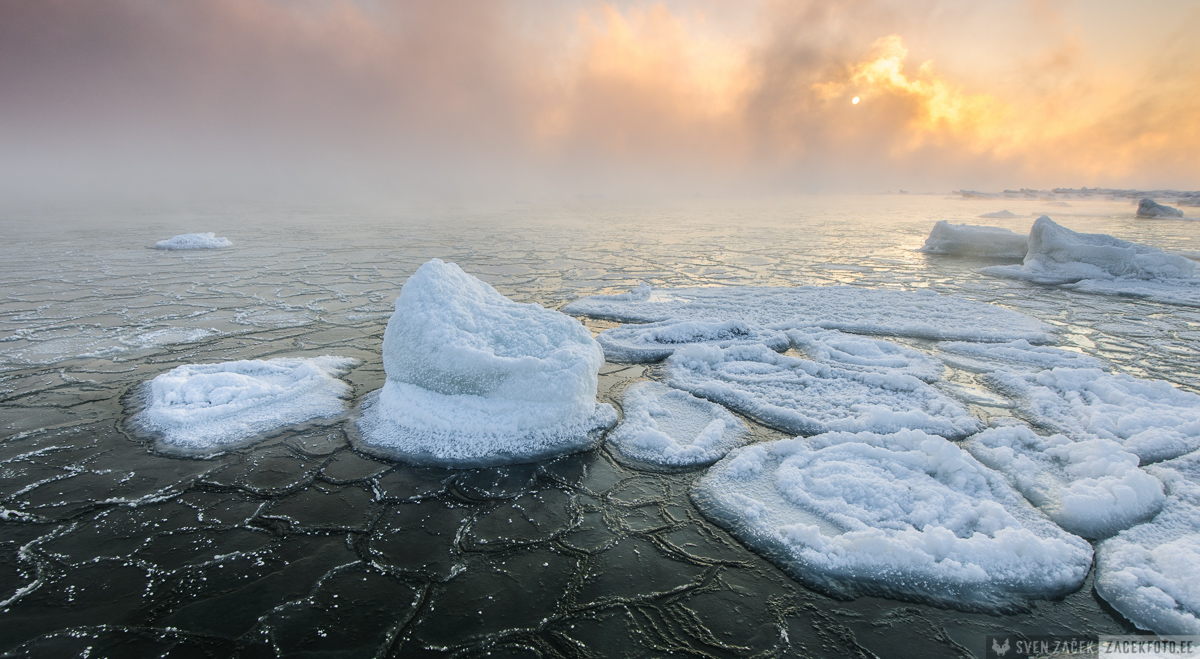 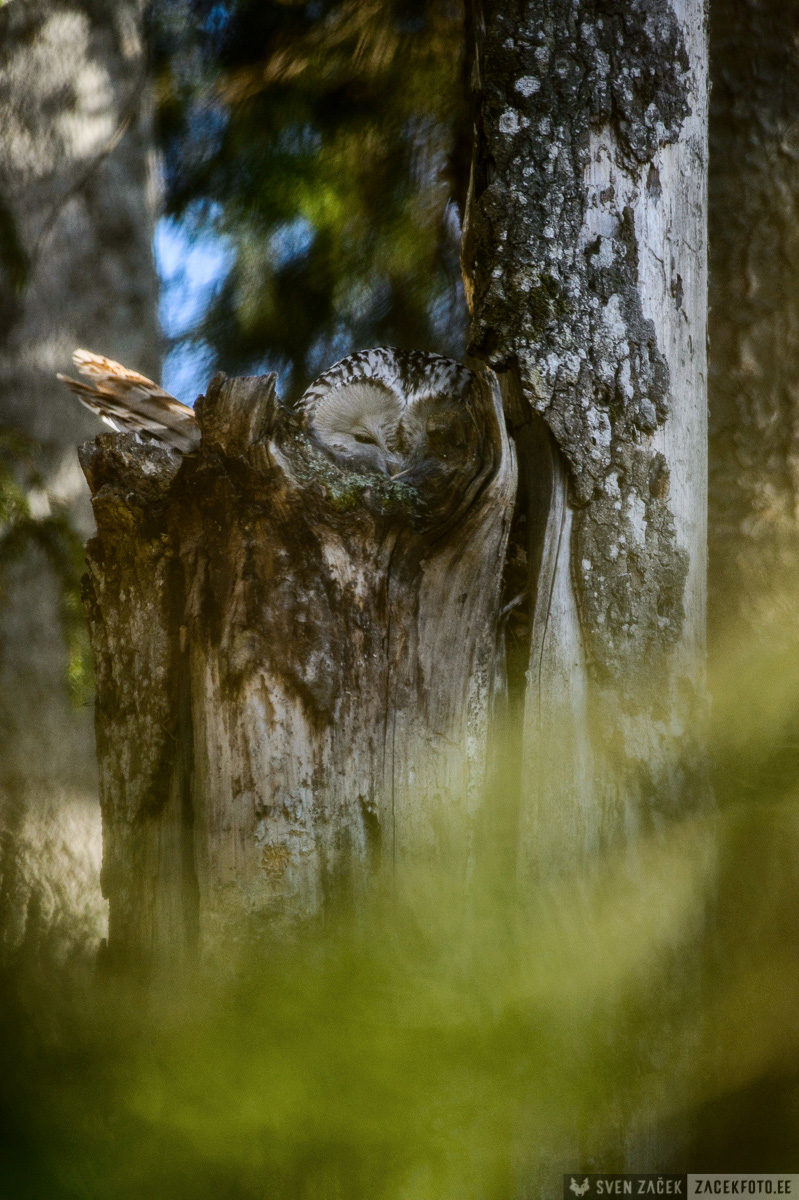 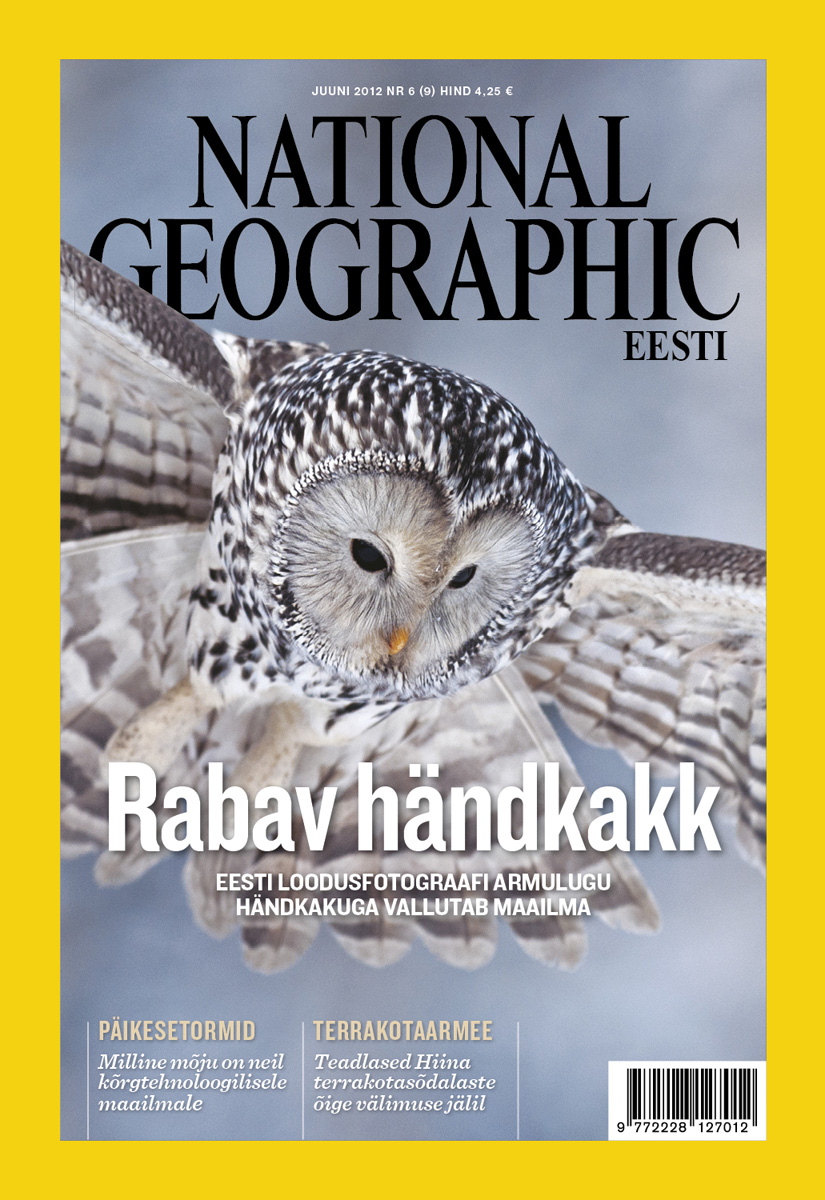 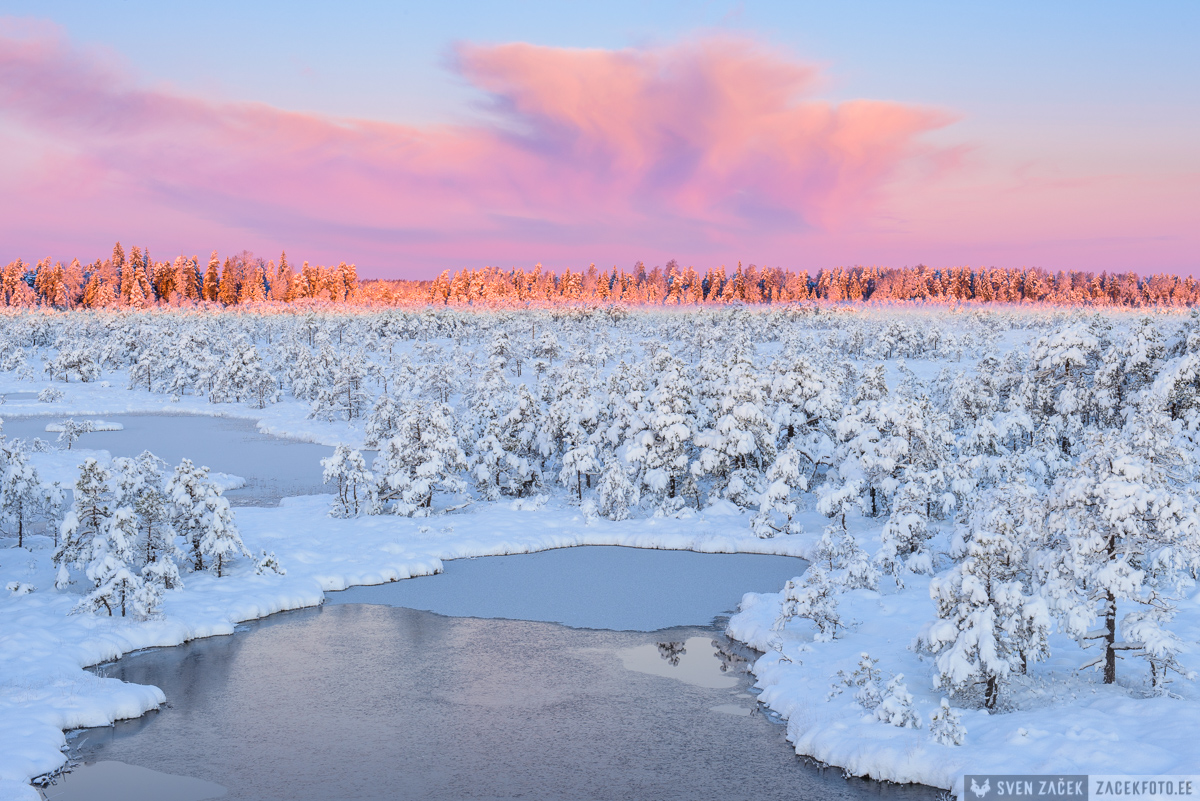 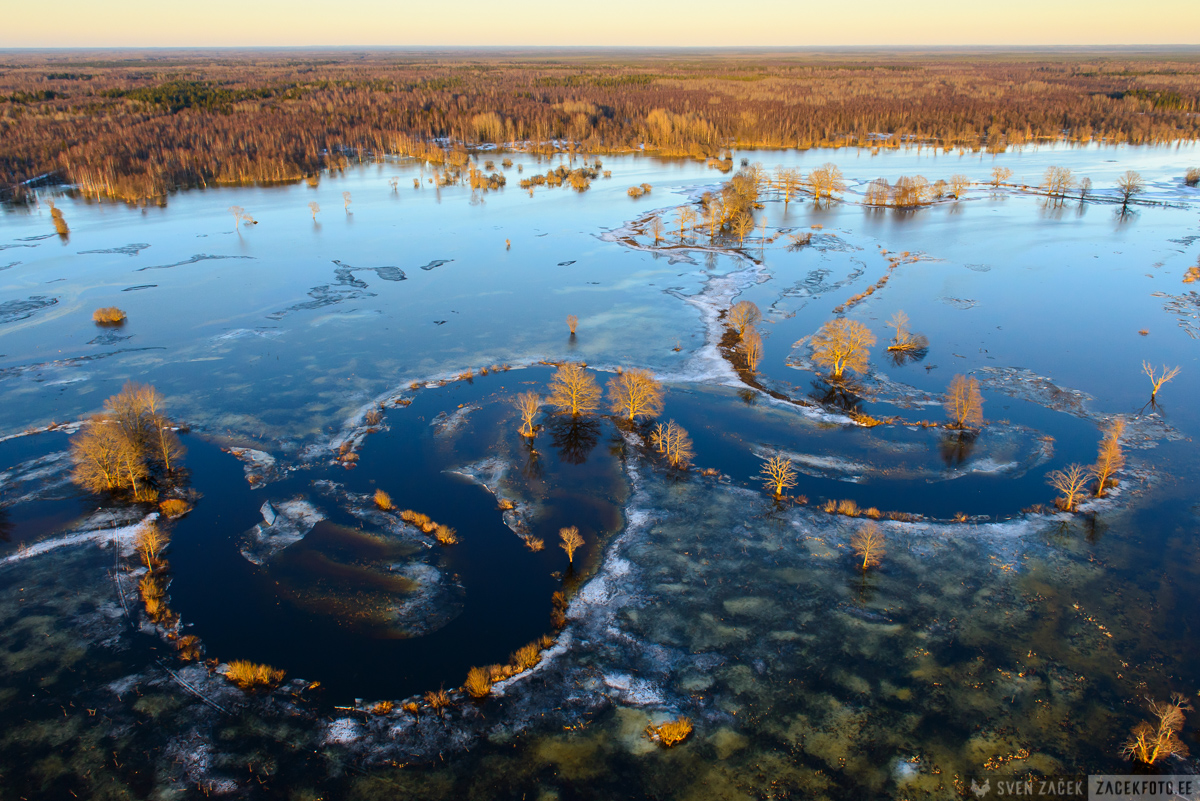 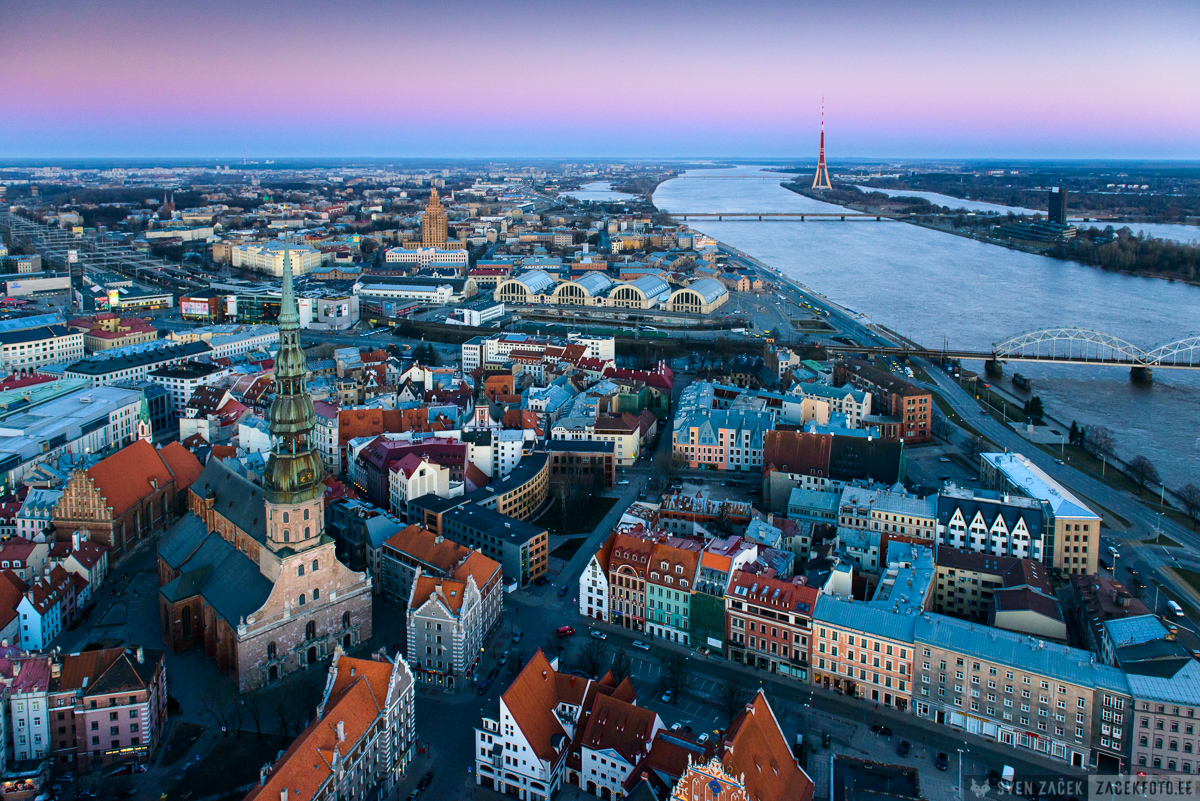 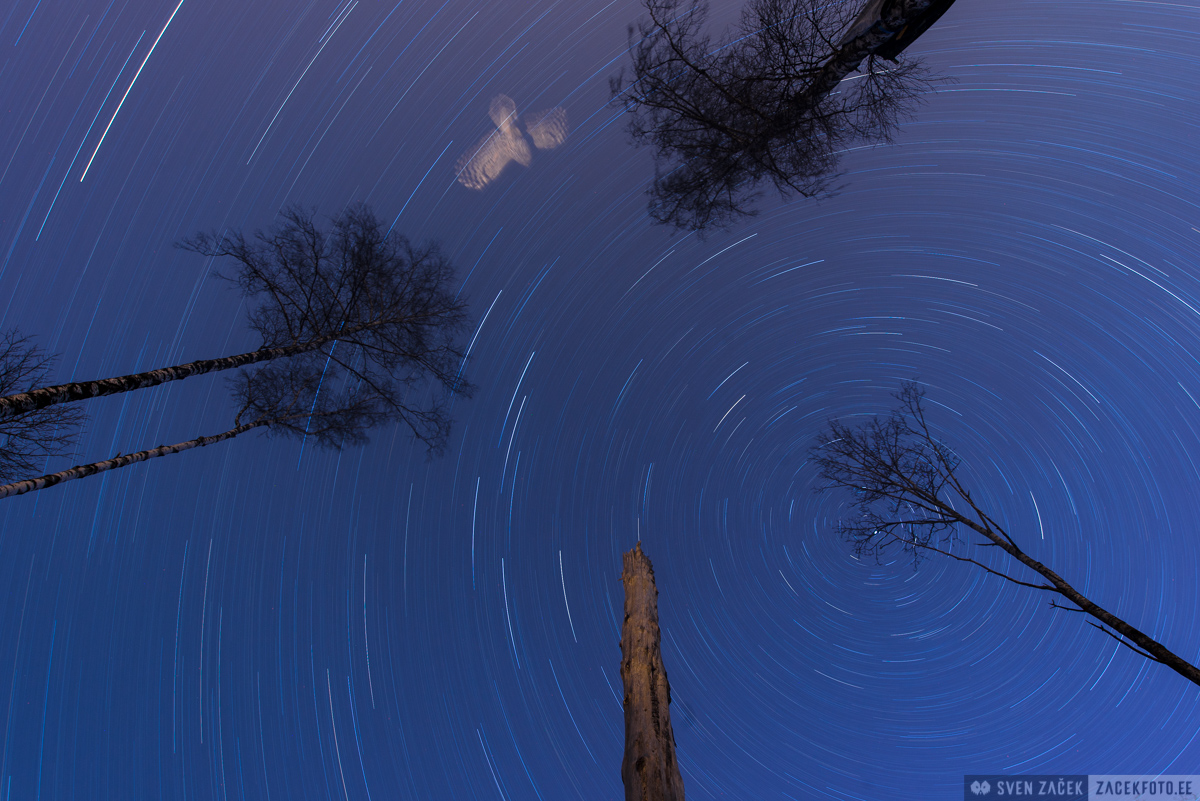 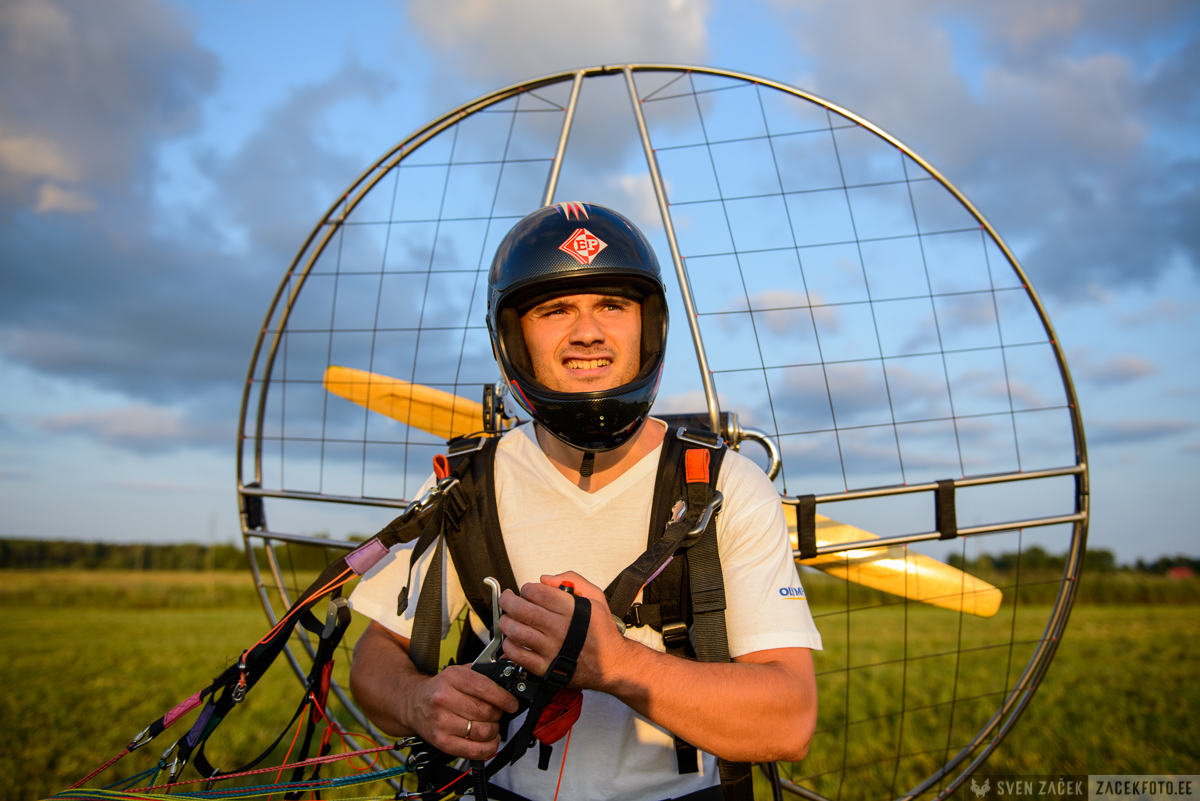 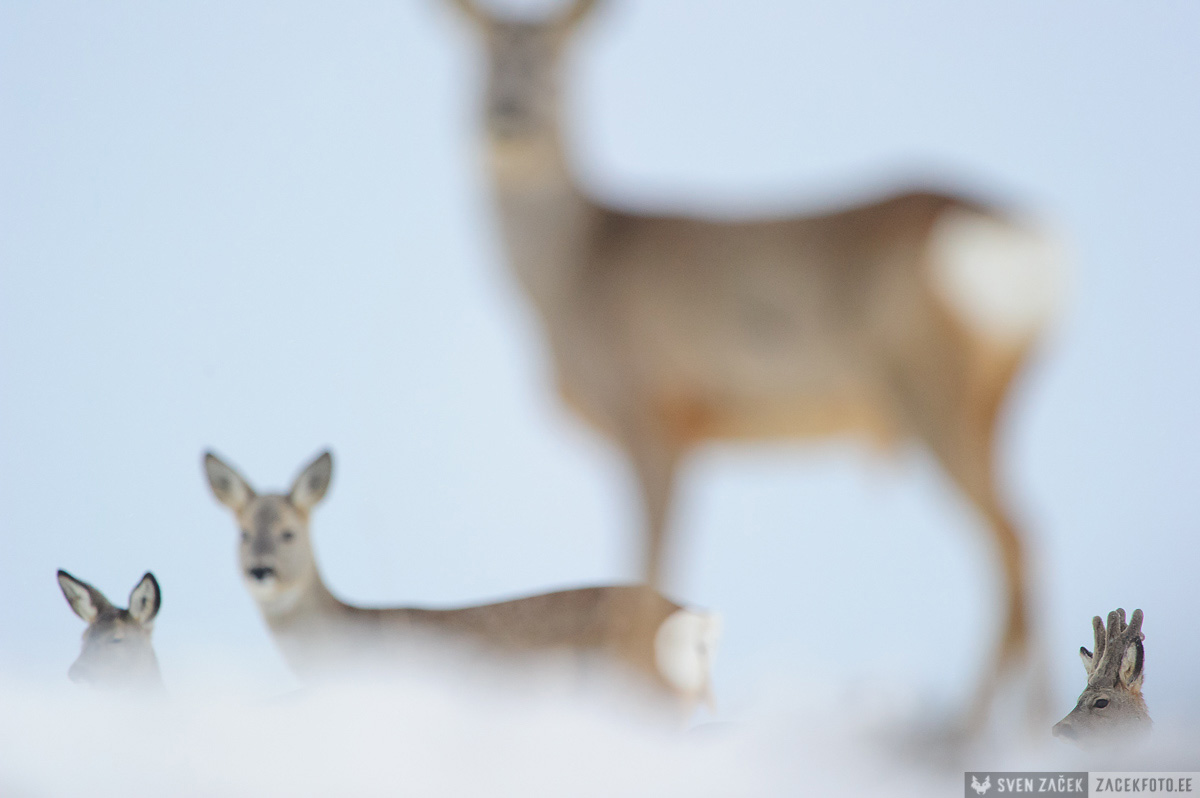 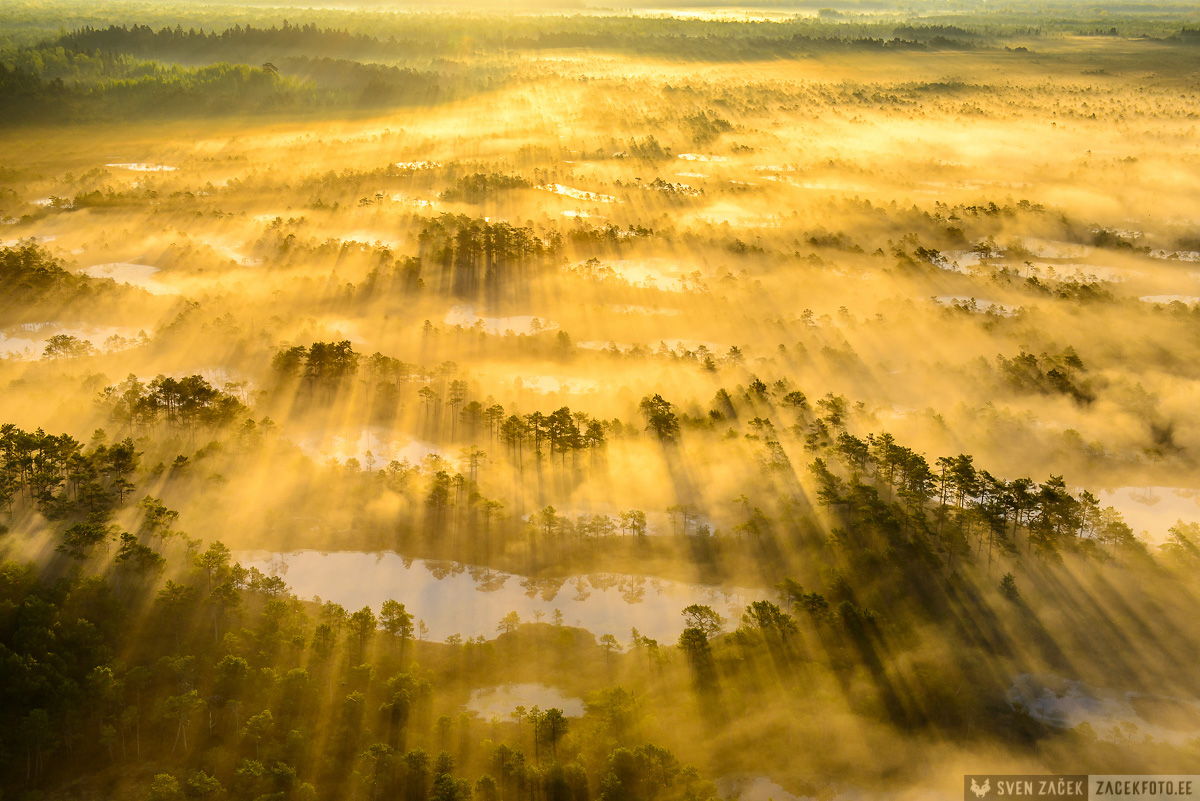 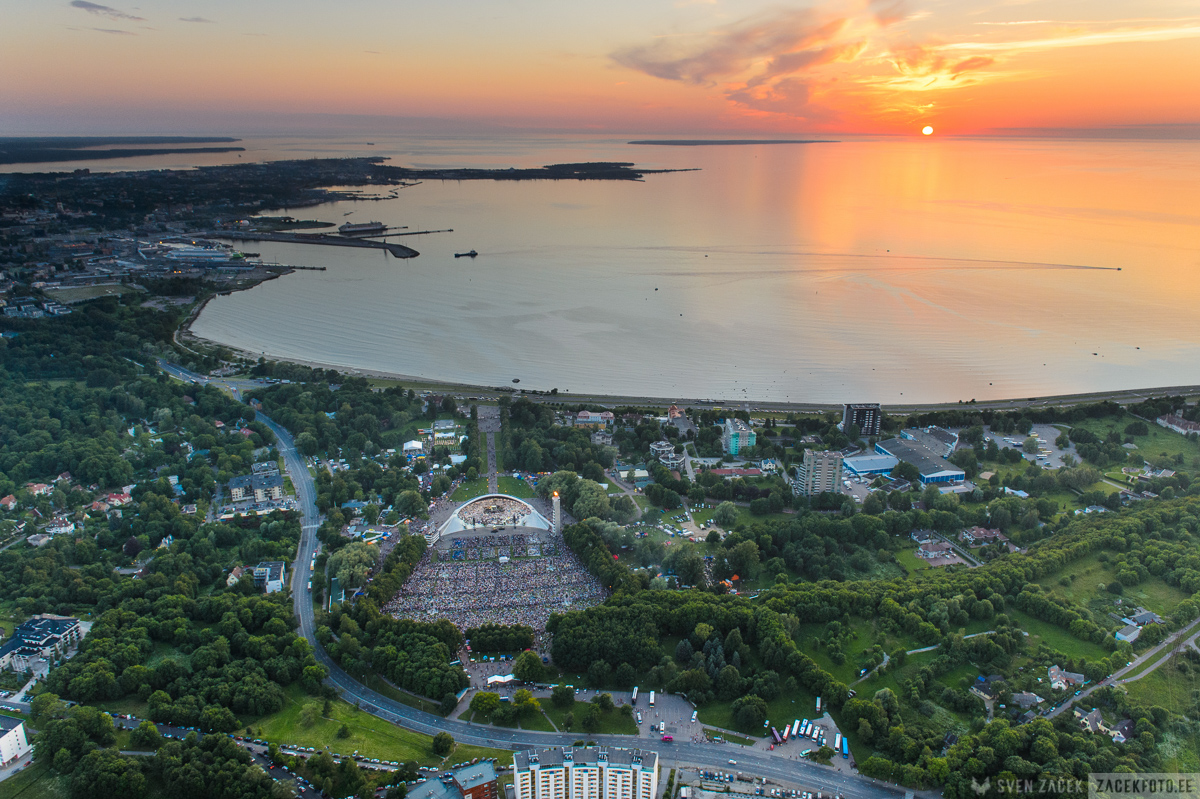 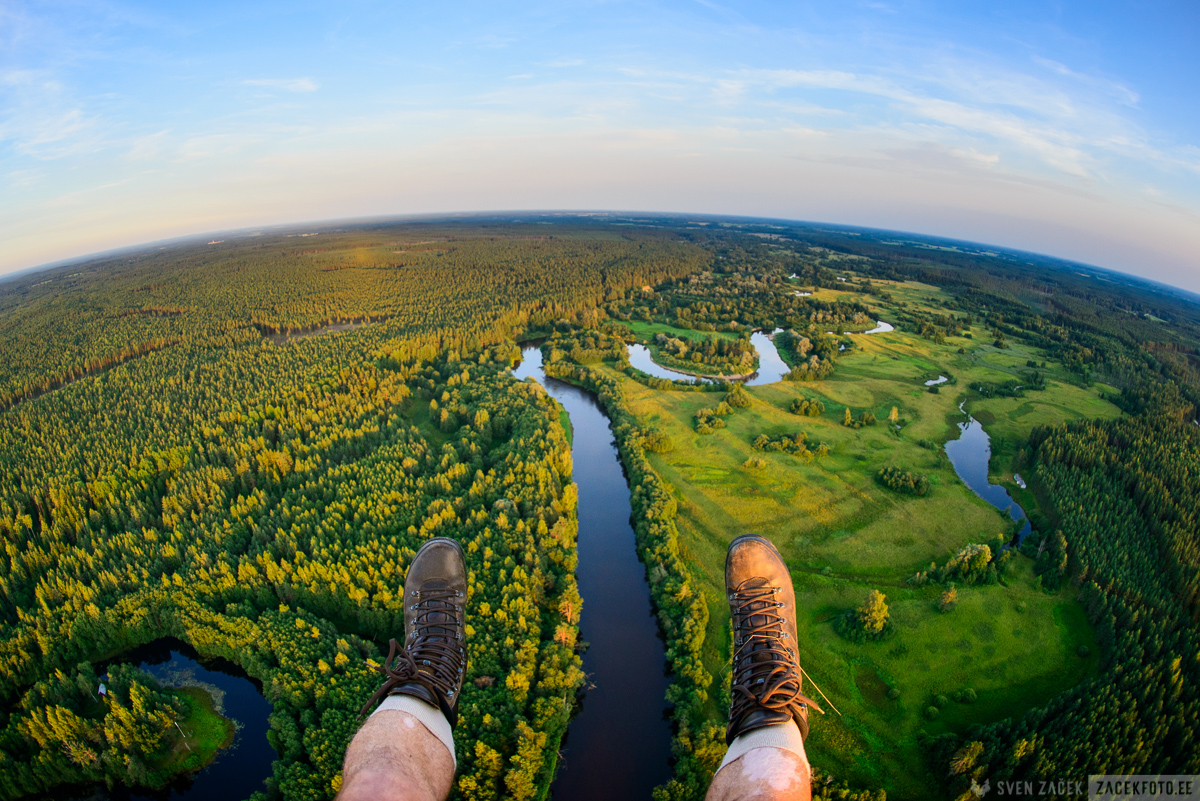 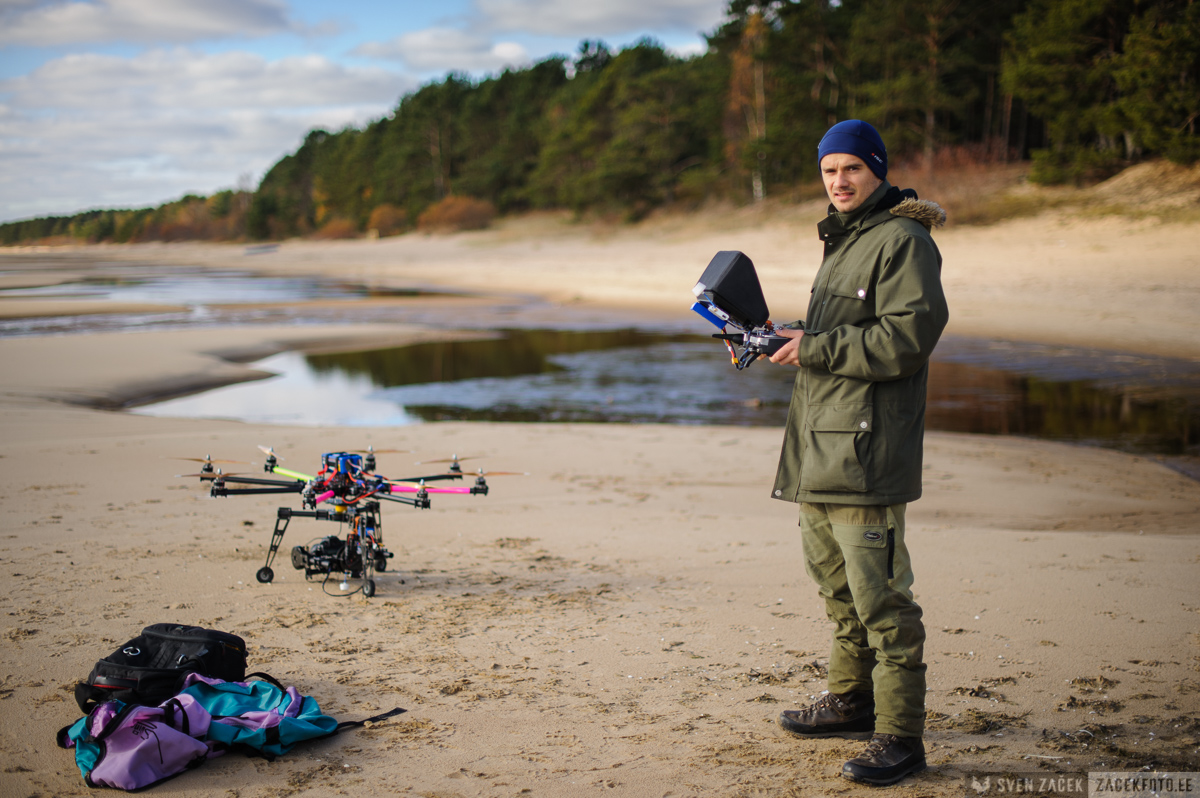 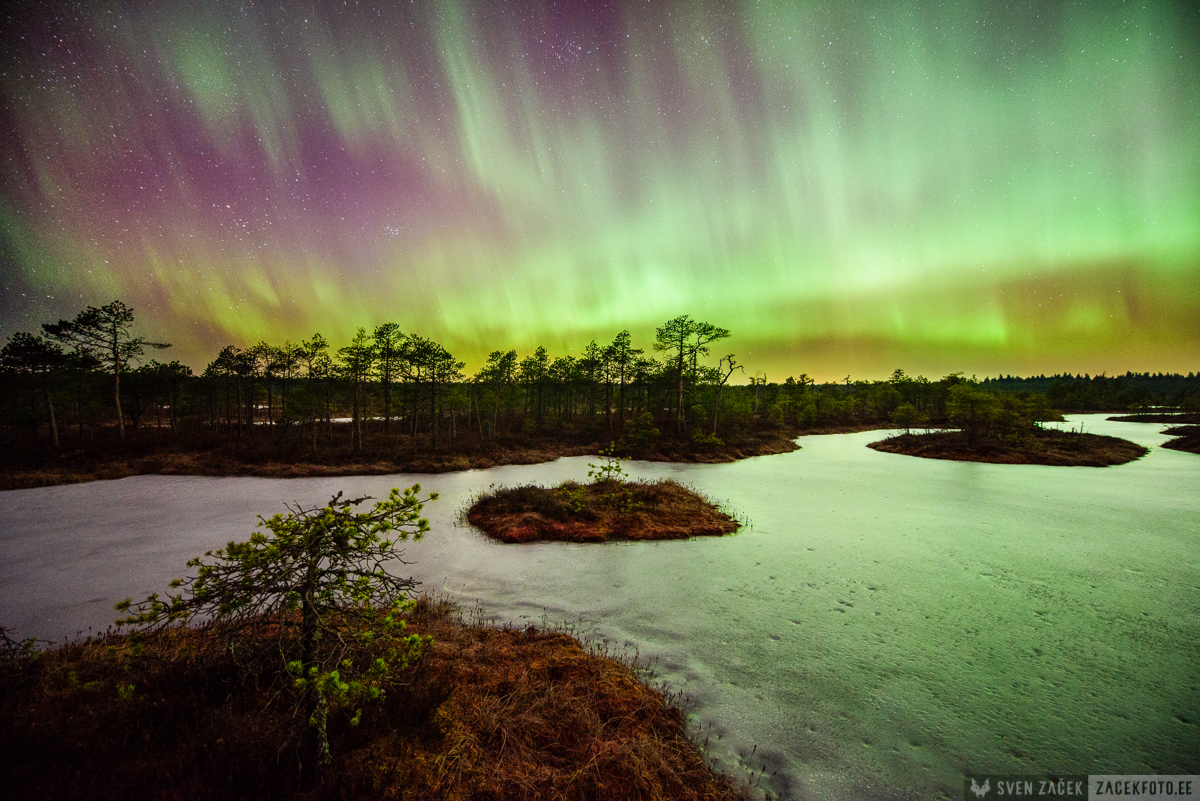 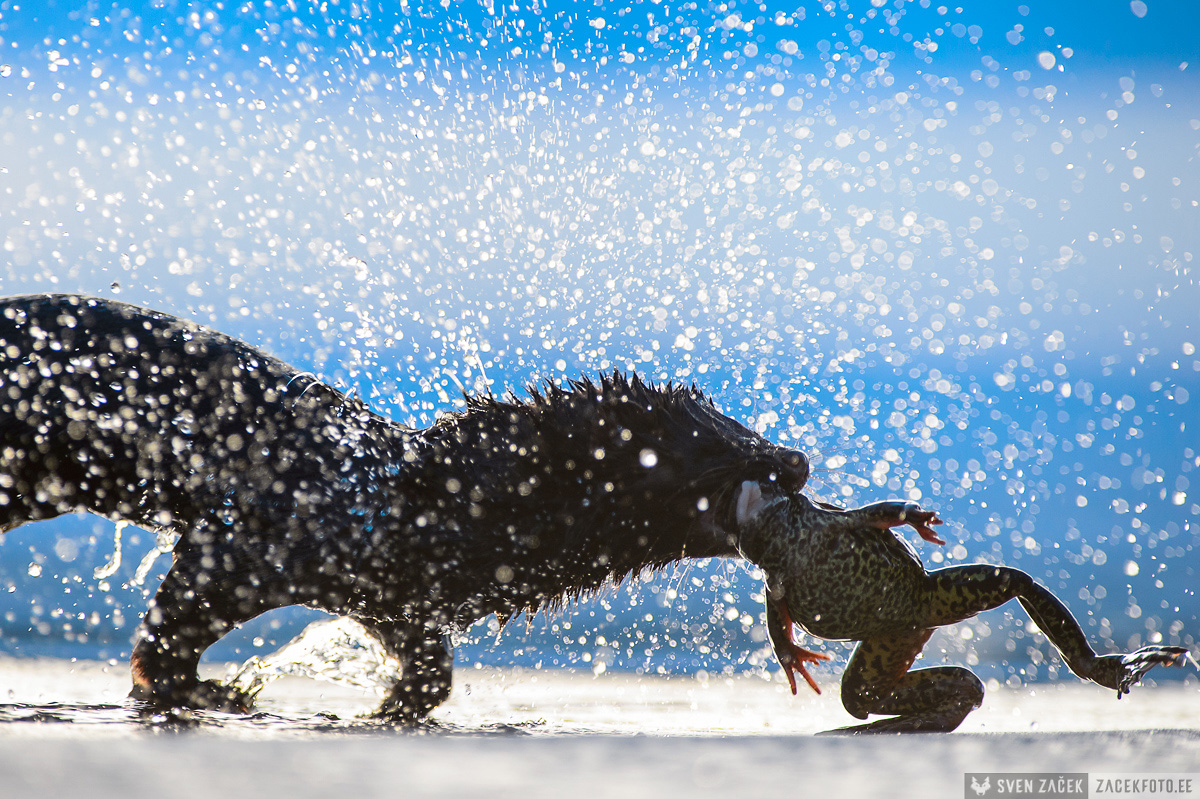 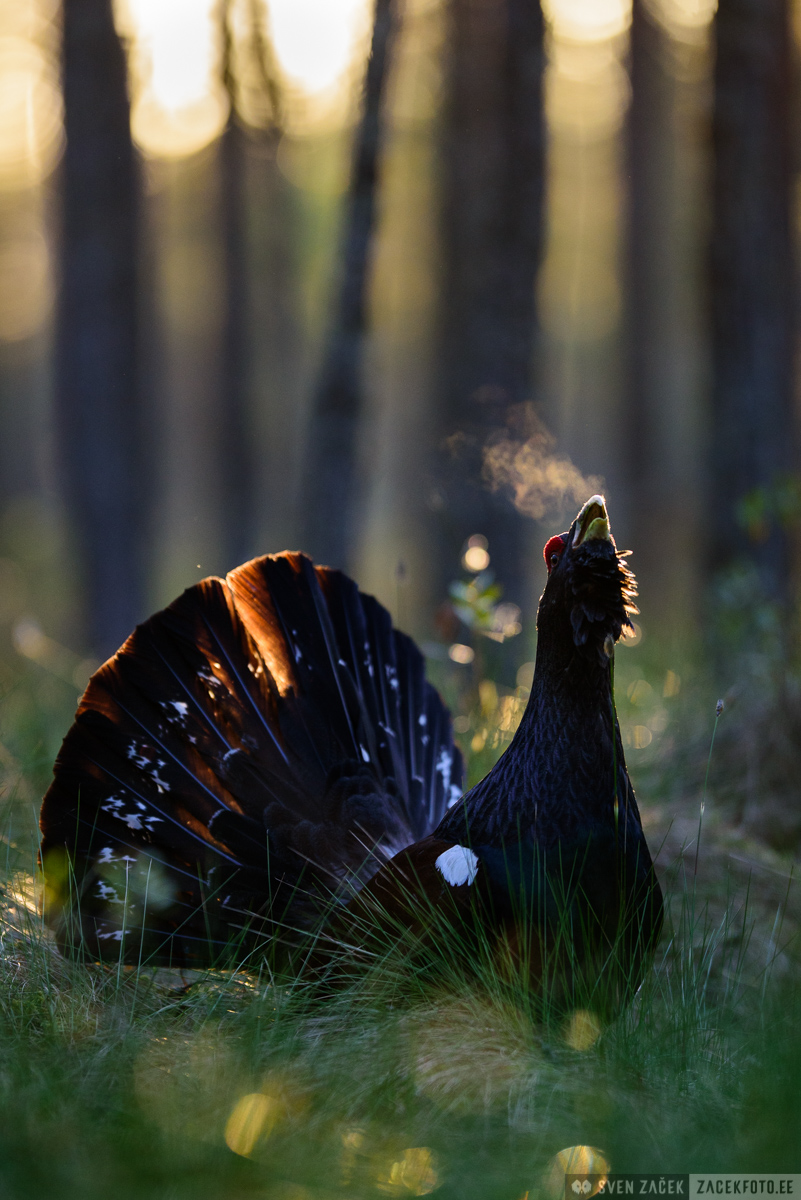 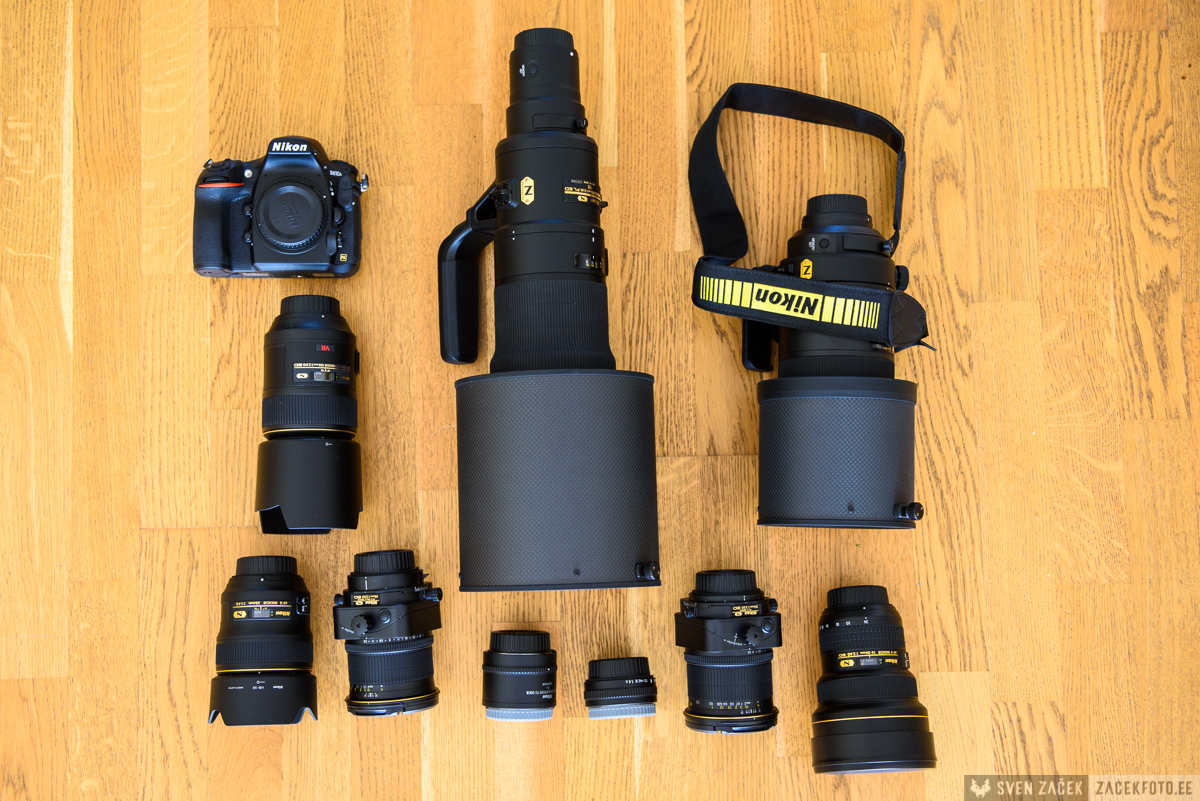 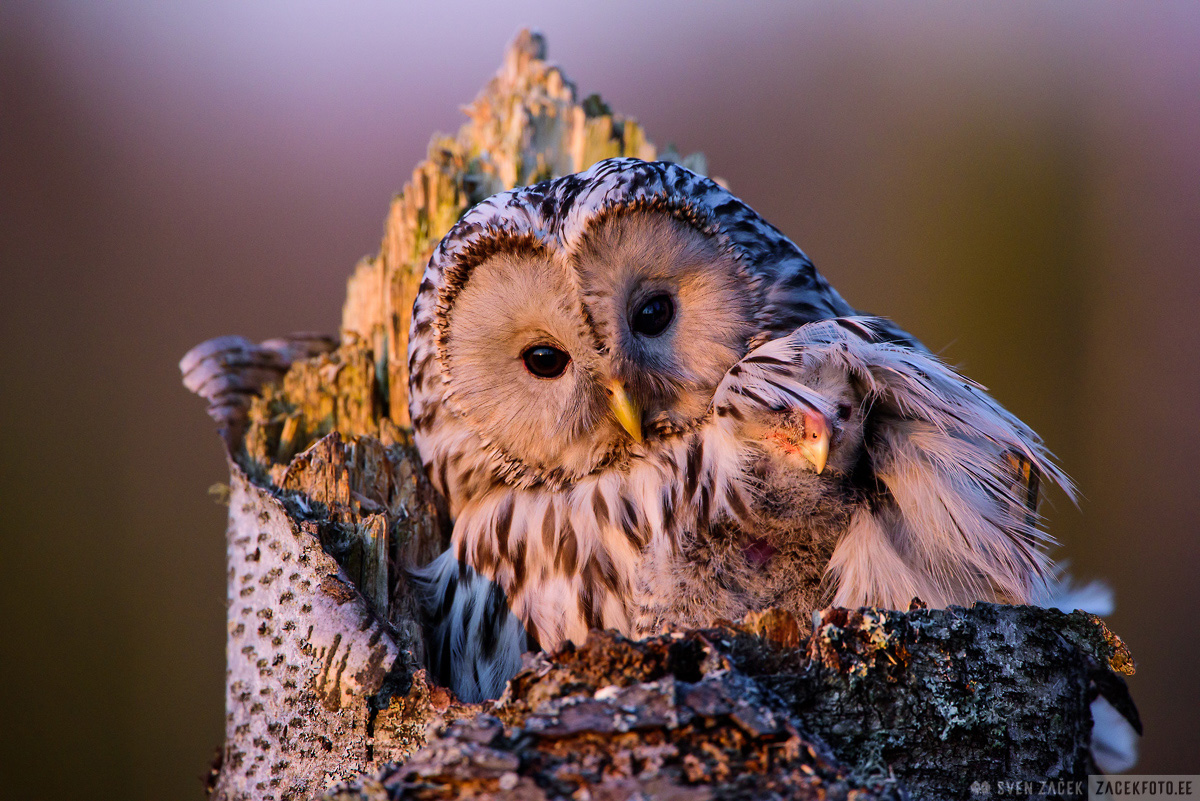 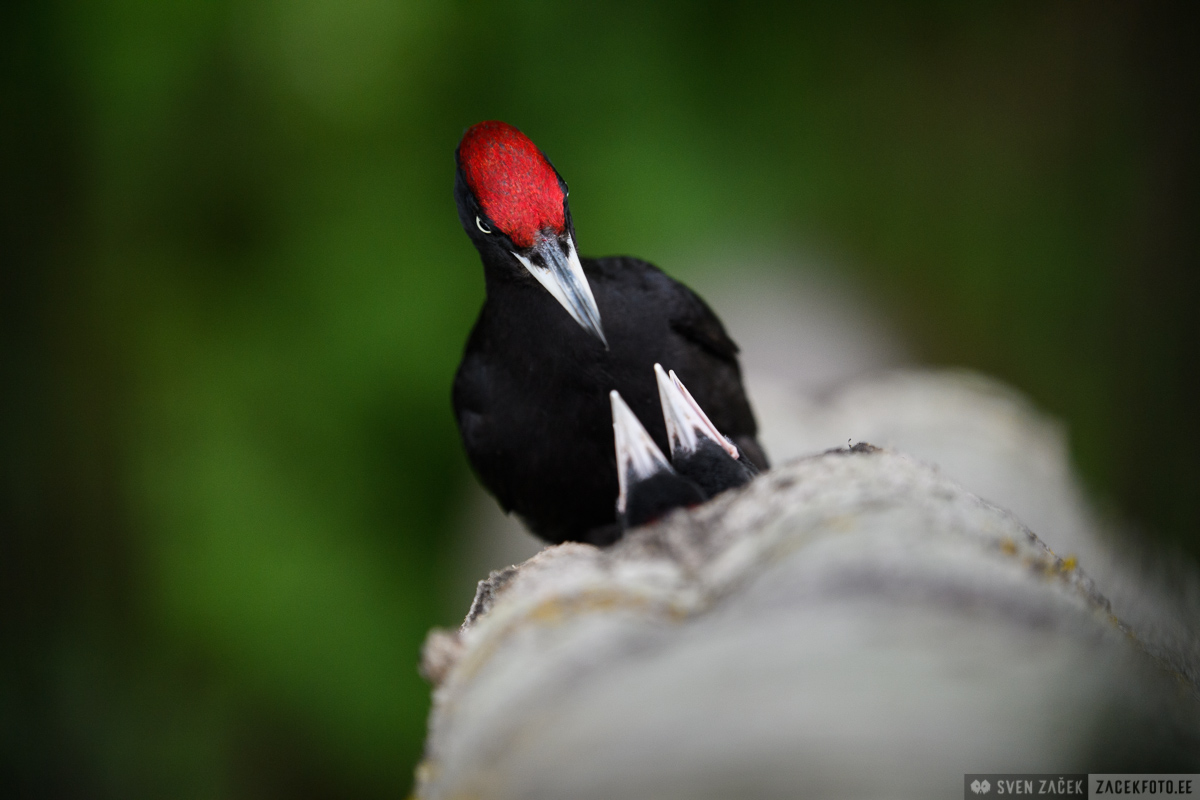 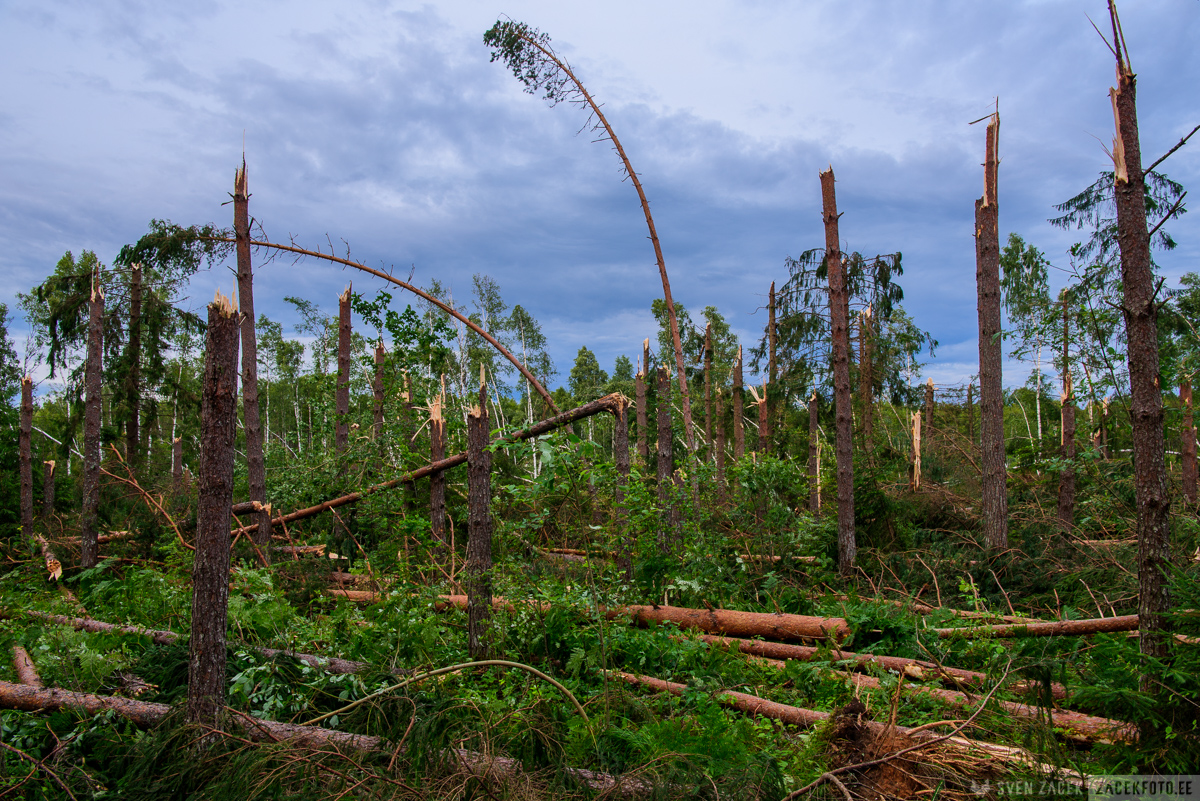 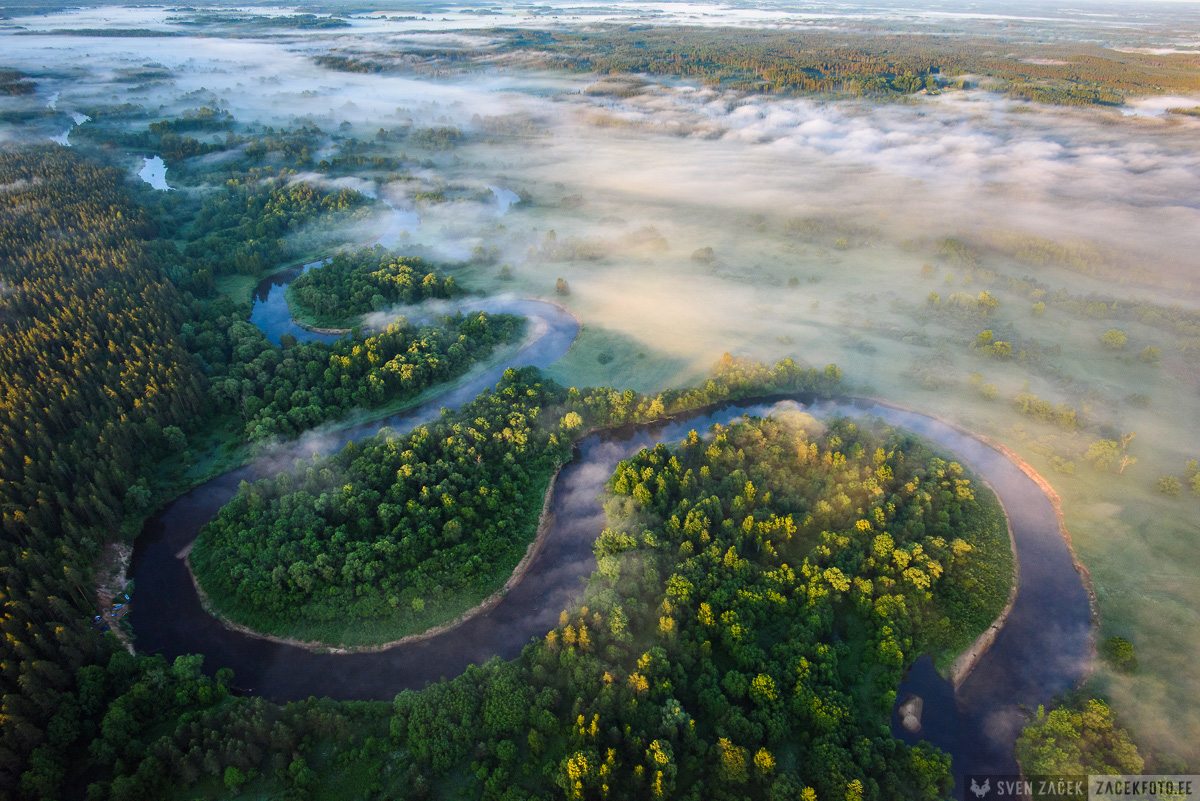